Zoe the Atomic 20-Something by Chris Jordan 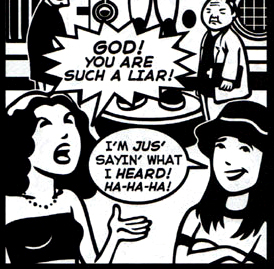 On a sunny Friday morning in 2002 I wandered into Comix Experience on Divisadero street and bought the first (and only) issue of Babyhead Magazine. Babyhead was an anthology of work by writer/artist Chris Jordan. To this day it’s still the best individual issue of any comic book that I’ve picked up in the last decade. 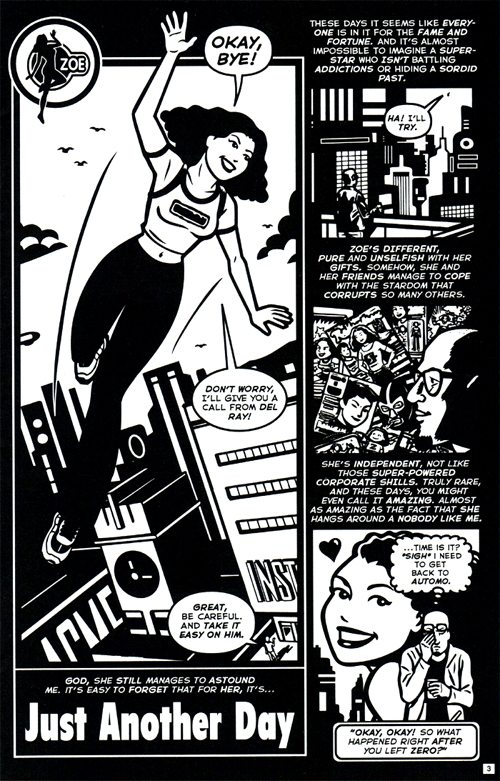 Aside from Jordan’s beautiful black and white layouts and illustrations there were many elements of Babyhead that spoke to me. The first was the subtle diversity of every story in the comic. African-American, Asian, and Latino characters all get great representation in Jordan’s stories without necessarily calling attention to their race. I’ve always felt that Babyhead struck that rare perfect balance of race and representation in media.

Another element of Babyhead that attracted me was its homage to 90’s era slang and fashion. Check out the example below. It’s like my entire teenage years flashing before my eyes.

Babyhead Magazine also got me hooked on saying the phrase “Alright Burger King! Have it your way” so if you’ve known me in the past 8 years and wondered where it came from, there’s the culprit for that one. 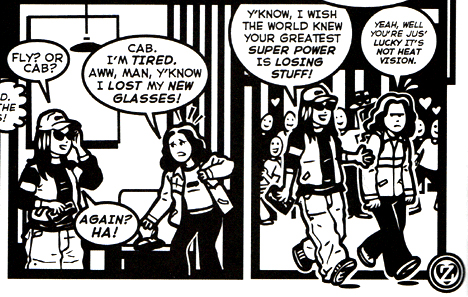 I was really excited to recently discover that someone has scanned and hosted two Zoe the Atomic 20-Something stories from Babyhead. You can find them here: 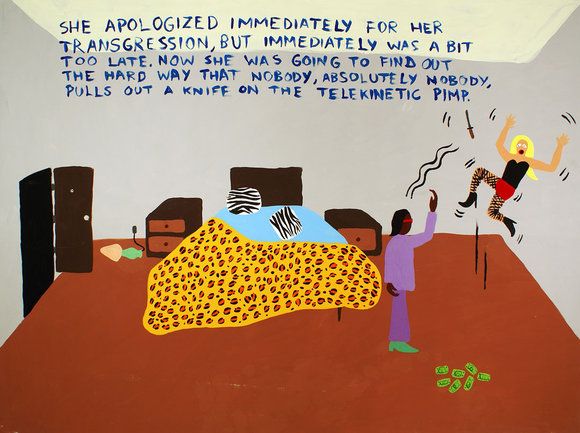 I’ve been a HUGE fan and follower of Jayson’s artwork, writing, and music since I first heard Plastic Little’s Crambodia back in ’06. I highly recommend checking out his Too Black for B.E.T. collection and his other writings online.

I’ve been fascinated by Musson’s two recent concurrent series of paintings: Barack vs. the Pink Robots and P&P. Both series of works mimic the narrative and visual aesthetics of traditional Ex-Voto retablo paintings. When I first saw the telekinetic pimp piece above I was shocked, at first glance it looked like every other Ex-Voto paintings on tin I’ve seen hanging in the homes and businesses of countless Latinos that I know. I don’t know if the Ex-Voto was an intentional visual reference by Musson but the connection is undeniable. 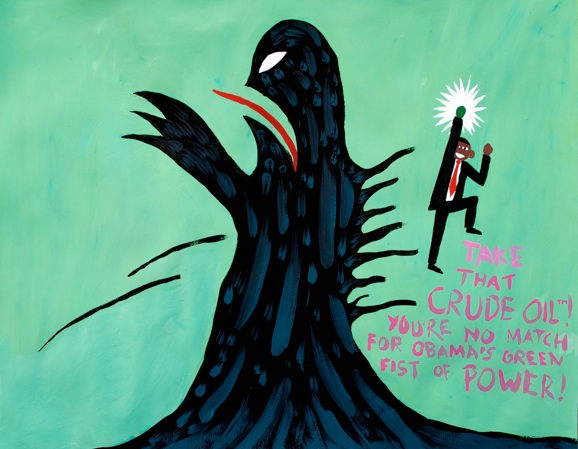 You can see more art from Jayson Musson from both series of his works at the following links:

The Situation in Haiti by Zulma Aguiar 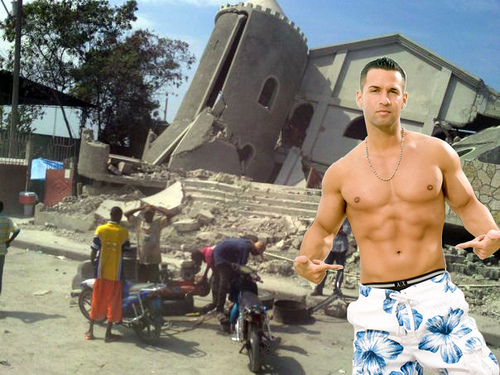 My favorite Chicana artist and troublemaker Zulma Aguiar is at it again, broadcasting her genius Chicana thoughts from the state of Hawaii. Her latest work is a photo-collage of Jersey Shore’s The Situation presenting his body as anonymous Haitians in the background attempt to repair and reconstruct their lives and belongings.

According to Zulma’s artist statement on the Situation in Haiti

“My mind is so influenced by American mass media that this image of Mike the Situation from the Jersey shore always comes to mind when I hear the news about Haiti or any situation around the world. CNN tends to use the term “the situation” quite a bit and I hate to say that I’m so overloaded with information.”

Within days of posting this image, an earthquake occurred in Chile and J-Woww outed Snooki as being Chilean. I wonder what Zulma will bring out next in her examination of media and popular culture. 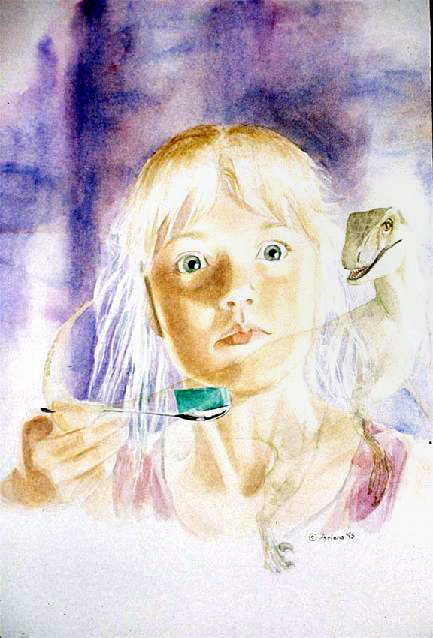 When I was 11 and 12 years old I was obsessed with Jurassic Park. Before the movie was even announced I had read Michael Chrichton’s book twice over. When I saw the movie it was an eye opener. Not only was my mind blown by the special effects but also I stumbled upon my first celebrity crush in Ariana Richards who played Lex in the film.

Richards was about a year older than me at the time and ushered me into puberty as she fled from dinosaurs and hacked computers. That awkward moment of my childhood in now enshrined forever thanks to Richards herself.

You see, shortly after the first two Jurassic Park films, Ariana Richards only made a scant few movies then retired from acting. She took up painting and is now a professional artist. Her most recent work is a self-portrait of herself as Lex from the first Jurassic Park film. It made my day to discover it on her website. It may be a simple painting but it is an incredible piece of personal meta-nostalgia for me.

You can find out more about the piece by following this link: